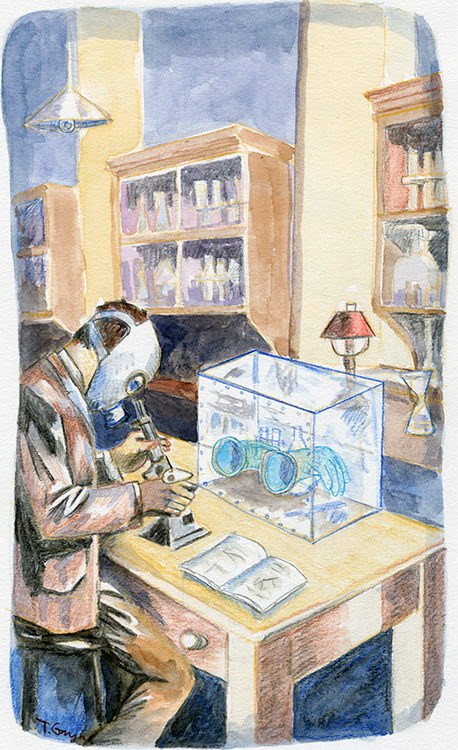 “Karl’s personal workstation consisted of a large wooden table with a marble slab sloping towards a sink area on one side and a sealed, airtight container on the other, within which he would conduct the majority of his work. Glassware including test tubes, mason jars, petri dishes, droppers and pipettes were stacked in shelves lining the adjacent wall space, while vacuum pumps, centrifuges and incubators were shared between clusters of workbenches. The far end of the laboratory hissed with steam and humidity from the autoclaves used to sterilise all working containers and utensils.” 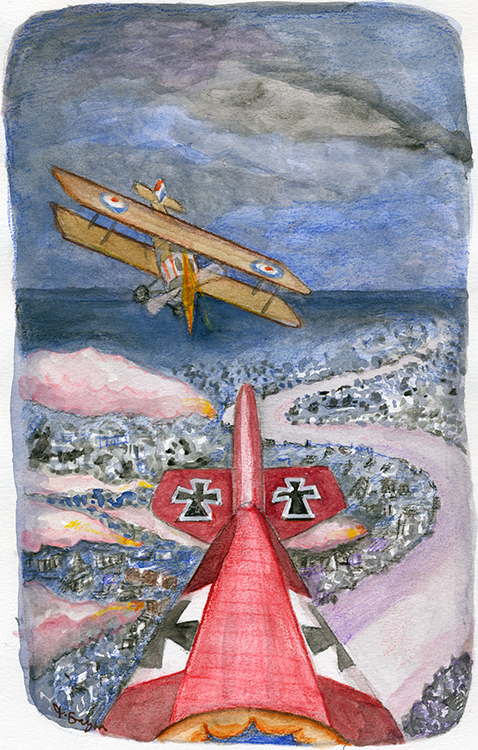 “Suddenly, the rear machine gunner unleashed a burst of fire, indicating that they were under attack from an enemy fighter. He glanced over his left shoulder, but saw only darkness. Rotating round to his right, he saw tracer bullets from his machine gunner drift across the open sky, meaning that the attack was coming from their starboard side. He slowly began to weave the plane from side to side in an effort to deter their attacker, while putting the aircraft into gentle climbs and descents. His ability to employ effective evasion techniques was limited, as they had already started their bombing run. Of course, the British fighters also knew this and deliberately made their attacks at this time.” 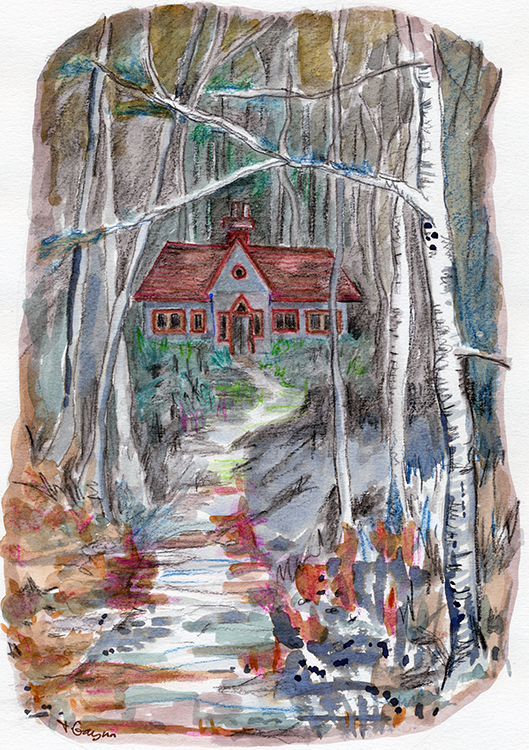 “The lodge was filled with the hunting trophies of Gabi’s father—mounted heads of various woodland creatures such as deer and wild boar, alongside a variety of birds including owls, ravens and even an eagle. Michael had never been a hunting enthusiast and he felt pity for the slain animals. His brother and father were both great hunters and there were signs of William’s handiwork during hunting expeditions from the lodge. As he wandered the building, Michael could sense his brother’s presence and even feel his energy within the musky wooden structure.” 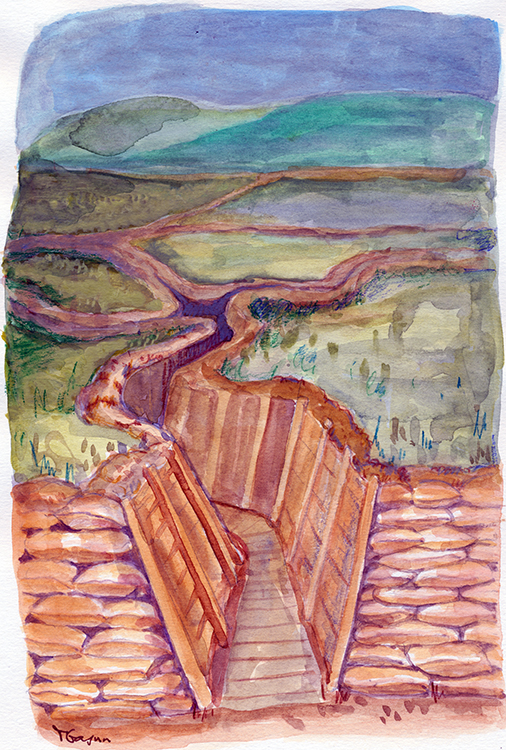 “An eerie morning mist leaked over the breastworks and down into the trenches below. It was as if an evil gloom pervaded the entire system. There was no sign of human life. No movement or sound. His heart throbbed as he made his way through the twisting, turning maze. At any second, he expected to run straight into a squad of guards, who would either take him prisoner or kill him instantly. Onwards he pressed, deeper and deeper into the enemy fortifications.”

All illustrations by Tessa Gaynn.

All excerpts from Seed of Satan.

Back to Seed of Satan Afterworld homepage.